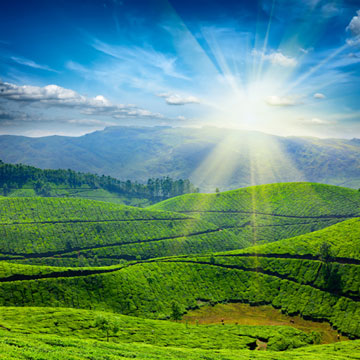 Here is a brief overview of some of the therapeutic benefits of Matcha green tea.

Japanese researchers have found that green tea consumption can lead to lower mortality rates in humans. Following over 40,000 subjects aged 40-79 over 11 years, they discovered a significantly lower risk of death from all causes among those who drank 5 or more cups of green tea latte.

A good deal of research has been done showing that drinking green tea lattes can protect against heart disease; among which would be: vasculoprotective, antioxidative, anti-inflammatory and cholestorol-lowering. Other benefits of matcha Green tea may prevent strokes, and EGCG has been shown to protect brain cells from the destructive processes following a stroke. Matcha is also known to help reduce cholesterol levels.

Recent evidence suggests that drinking green tea lattes can reduce the risk of Type 2 diabetes! People who drink 6 cups or more of green tea a day are less likely to develop diabetes than those who drink just one cup. Read our testimonial below from one of our customers:

Japanese researchers have shown that drinking green tea helps maintain cognitive ability and may improve memory. It is thought that the EGCG in green tea helps to neutralize harmful free radicals that cause damage in the brain.

Due to the wide-ranging effects of its polyphenols, green tea is being studied for its benefits on neurodegenerative conditions. Researchers in Haifa, Israel working with animal models have found that Matcha, due to its high EGCG levels, help to prevent the brain cells from dying It also appears as though the polyphenol may even rescue the neurons once they have been damaged, to help them repair".

Green tea lowers blood pressure and prevents hypertension by increasing the production of nitric oxide, which dilates the arteries and reduces blood pressure. Researchers have found that over the course of a year of consuming Matcha lattes, the risk of high blood pressure was lower by 46% among those drinking between 0.5 to 2.5 cups a day and 65% lower among those consuming over 2.5 cups per day!

Here is an unexpected matcha benefit.. It is a proven remedy to prevent tooth decay, for it kills the bacteria that cause dental plaque and halitosis and increases the acid resistance of tooth enamel. A cup of Matcha green tea lattte brings mental concentration, emotional stability, composure of mind, and physical well being. Truly the ultimate superfood drink.